The HD8 Virtual High Street - helping you to shop local

Browse and Shop Locally in the HD8 area » Get your business featured here »
I thought I would take the opportunity to introduce myself – my name is Craig Nettleton and I am the business owner of Auto Solutions, which is a Skelmanthorpe based Auto Locksmith.

I’ve been in the vehicle key trade since 2012. This has given me over 15 years experience in vehicle servicing & repairs, providing me with a good background and solid base on which the Auto Locksmith business was created.

Auto Solutions specialises in factory vehicle key & remote systems – whether you require a spare car key, remote fob or you have a lost key situation I can help in most cases.

My aim is to make the process as quick & as easy for the customer as possible. I can come to your home, work place or anywhere convenient to you and do everything on site – I am fully mobile & have national coverage.

I do regular work all over the country for many Facebook based car owners clubs such as the VW, Audi, Seat, Skoda, BMW, Mercedes, Ford & Vauxhall groups. This shows the quality of my work and how respected I am throughout that community.

As with a lot of other businesses the last 12 months have been difficult trying to work through the Covid pandemic. Being in the motor trade my work load has been reduced by almost 40% due to a vast amount of people not using their cars due to either being on  furlough, working from home or losing their jobs.
As restrictions are slowly being lifted my work has started to pick up.
We got through 2020 & I am positive about 2021.

Get in contact with Craig by visiting his listing – https://www.hd8network.co.uk/local-businesses/auto-solutions/ 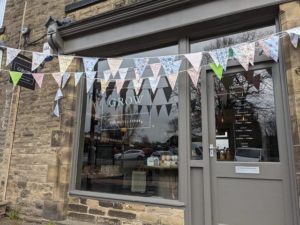 GROW is a minimal waste store in Skelmanthorpe offering store cupboard essentials, eco homewares and self care products without the unnecessary packaging. 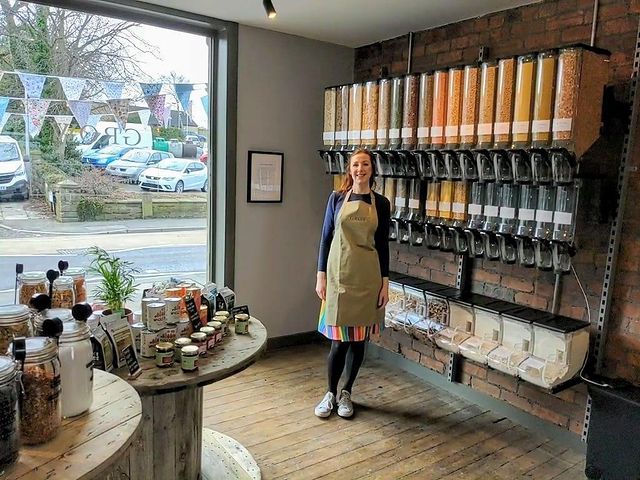 Our ethos is to promote a relaxed shopping experience where you buy as much or as little of your chosen product as you like – meaning less food waste as well as less plastic packaging going to landfill.

We sell a wide variety of wholefoods including pasta, rice, flour, pulses and beans as well as some delicious treats! 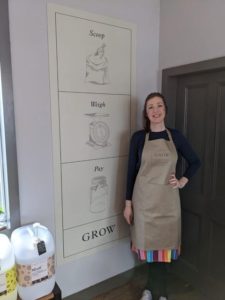 We have a separate area for gluten free products too.

If there is something you’d like to see stocked at Grow, just let us know.

In store you will also find some beautiful items such as hand poured soy candles, handmade soap and reusable make-up wipes which are locally sourced from small businesses. 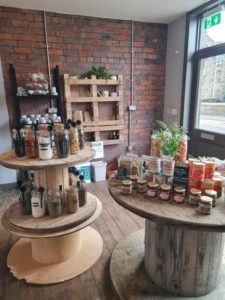 e encourage you to bring your own clean containers to refill (after all we are a refill store!) but don’t worry – we also stock paper bags that you can fill as well as a range of quality jars and bottles that you can buy to refill again and again. 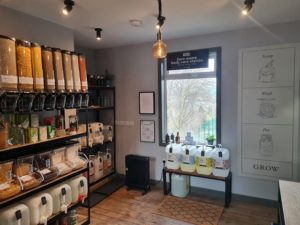 Plastic-free isn’t about being perfect, it’s about making small, sustainable changes that promote our wellbeing and the health of the planet.

Can you spot the 3 differences between the Christmas trees? 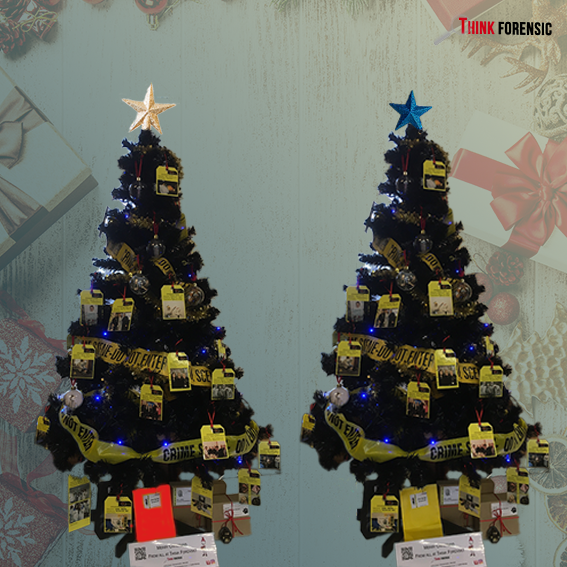 T&C’s apply.  Email answers to Hello@ThinkForensic.co.uk on or before 16th December 2020.

We literally went live in under a week, following an after meeting conversation and so we are proud of our outcomes so far.

But now we need you to make it a  success.

Tell us what you want to buy!  Do you want to play a Christmas Shopping game?  Join us on Facebook and Insta.

Should your business be on there?

We are looking to connect with local producers and retailers, artists and fitness instructors, know anyone that wants to sell more, we provide a platform to be seen locally in HD8.

All they have to do is fil in a form here and wait for approval.

However to stay Live on the site you also need to send us any images and text you want to appear in there. If you have those already, Great. We don’t need it just yet. We can get you Live and showing on the Virtual High Street.  BUT – to be of any benefit to anyone, it needs to be right while its live.

A reasonable admin may apply if you need assistance to get it right.  First chat is free.

It costs just £20 to list your business on the HD8 Virtual High Street which is will be available from now, over the Christmas period.

Or become a Bronze member for £30 for the full year.

Silver and Gold packages available too.

Want EVEN MORE – Join the FSB for £49* if you employ under 10 employees and are based in West Yorkshire.

Unfortunately HD8 remains an identified high risk area and we still have a high number of cases in Denby Dale Ward and in our surrounding areas. 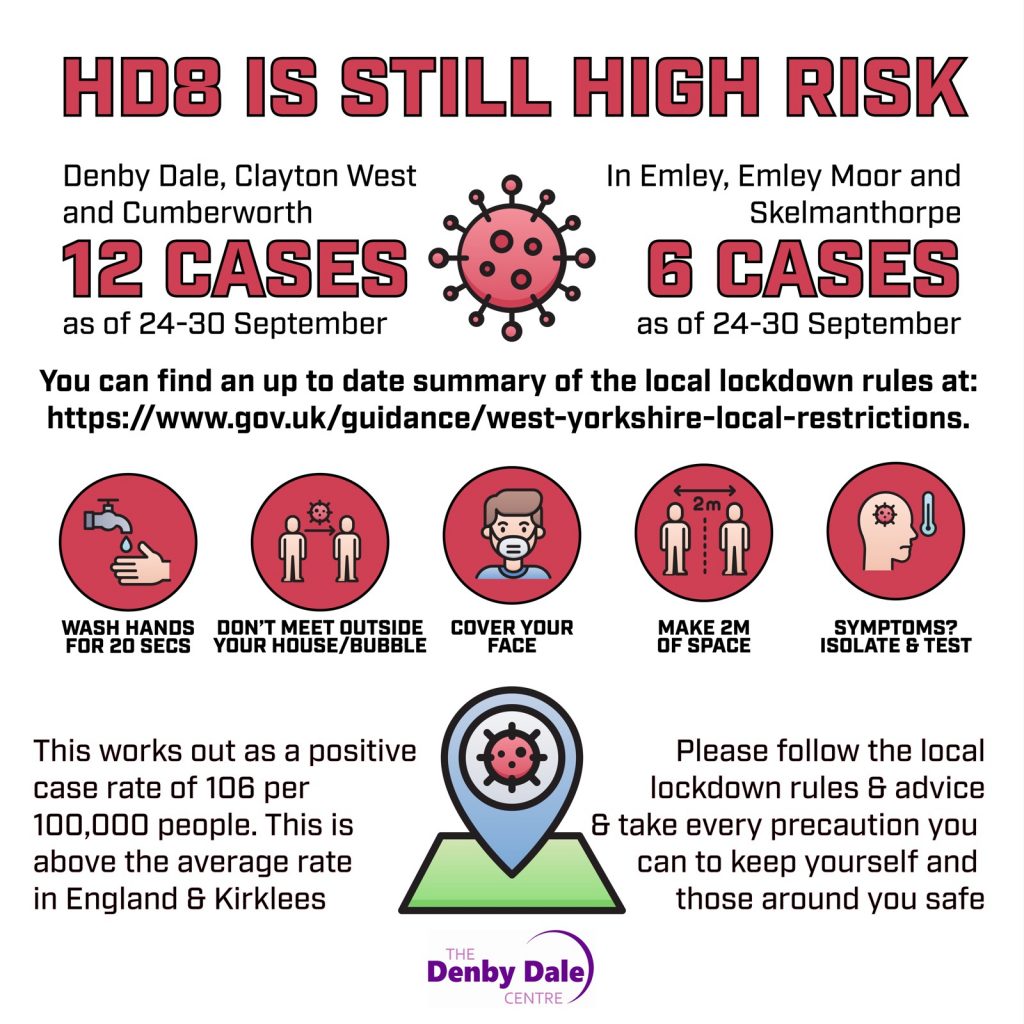 The number of positive cases that have been reported back in Denby Dale ward has risen to 18.

This is higher than England’s average rate and is also a higher figure than the Kirklees-wide rate.

There is currently a delay in some test results being processed so the figure for this period may be higher.

This serves as an important reminder about how important it is that we all do what we can to follow the rules and take every precaution possible to protect against the virus;
– to regularly wash hands for 20 seconds – and/or use hand sanitisers;
– to not meet up with people outside your household/support bubble;
– to wear a face covering in indoor public spaces, where it is advised
– to follow social distancing rules by making 2m of space
– and to isolate if you have any symptoms and to try to get a test as soon as is possible.

You can find a summary of the local restrictions on the Government website here: https://www.gov.uk/government/collections/local-restrictions-areas-with-an-outbreak-of-coronavirus-covid-19.

Please help us welcome Clean Towels, who are based in Skelmanthorpe, as a new member of the HD8 Network

Contact details and more information can be found on their directory listing – https://www.hd8network.co.uk/local-businesses/clean-towels/

You will be pleased to hear that we have decided to continue with our #WhereinHD8 campaign. 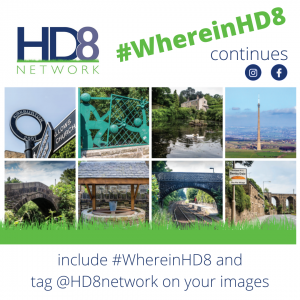 But this time we want to draw attention to the different villages in the HD8 area.

On our website there is a page for each village (found on our homepage) where we aim to provide details of the village, as well as a sample of the local events and business based there.

Each Friday we will be spotlighting the different #HD8 villages on social media linking to the pages on our website and ask you for contributions.

Do you have information that you would like to update the pages with?

Maybe you could recommend businesses and events that would benefit from featuring here.

If so, please get in touch and share your photos and stories, while sharing and engaging with our social media posts, to help us reach more people.

Where in the HD8 do you think is amazing and why?

Upper Dearne Valley Navigators was created five years ago at the request of parents and young people after Ewan and Fiona Scott left the local Scout Group that they’d run for the best part of 20 years.

Ewan Scott said “We had no intention of starting anything else, we felt that we deserved a break. However, within a week of us resigning we had calls from parents and young people asking could we do something for them.

“We trialled a non-uniformed group doing the same activities as we used to do with Scouts and the demand was there, so we set up Upper Dearne Valley Navigators. We are considered by some as competition to the established uniformed groups locally, but in reality, we offer something slightly different that appeals to a different set of young people, only a handful of our current members were ever in Scouts or Guides.”

The new group started officially in September 2014, and the Leadership team was joined by James Drainer, Leanne and Maria Glover and Carol Power, all of whom had previously been part of the team at the Scout Group.

Since then Navigators has grown to offer two age ranges, covering in all, from 7 – 18 years. Across the Group there are 40 youth members and demand is growing.

The group has run two international trips for its older members, one to the Ardennes and the other to Alsace – both included visits to war memorials, visits to The Menin Gate, canoeing, city visits, and much more. A third trip is proposed for 2020.

Additionally, Navigators sponsored a funding application to allow free two hour sports sessions at the Skelmanthorpe Community Centre, with two trained coached for 39 weeks during term time. The Group is open to similar packages that help offer activity to the wider youth and children’s community in the Upper Dearne Valley.

We are a non-uniformed youth group following the basic principles of scouting as laid out over 100 years ago.  Navigators is non-religious, non-political and we are open to any young person who comes to us with parental support and a real interest in being part of the group.

We are one of around five Navigator Groups in the UK, but interest is growing.

Navigators started in New York City in 2003 when a Scout Troop sponsored by a Unitarian Church found itself at odds with the attitudes displayed by Boy Scouts America towards minorities. The Navigators movement now has 257 Chapters in the USA, it has a group in France, at Toulouse and another in Uganda, plus of course, the UK Groups in Huddersfield, Lincoln, Dover, Teignmouth, Newton Abbot, with another two expected to open by September. 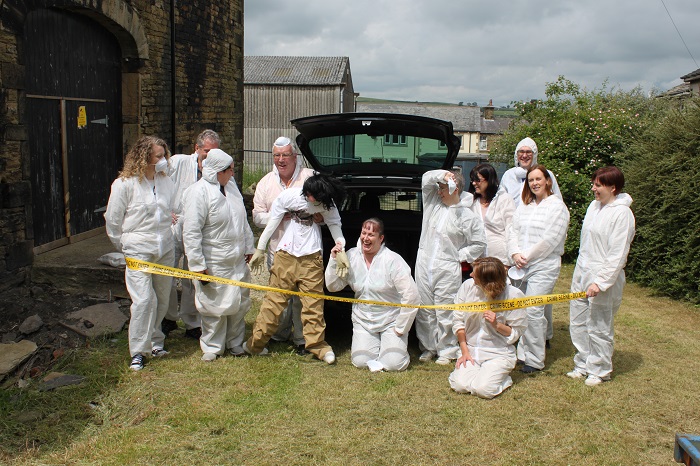 Huddersfield based company Think Forensic are offering free forensic and CSI workshops for people living in the Huddersfield area.

Six three hour weekly sessions, starting on 7th November, are to be held at Think Forensic’s crime scene centre at Skelmanthorpe. The centre itself is unique in that it contains fire, road traffic collisions and crime scenes ready for investigation by the participants in the course.

The programme is funded by the Wellcome Trust and WEA and run by Think Forensic’s experts who are made up of forensic scientists, CSI’s and crime investigators each of whom have worked in the field. It has been designed to give an insight into the real world of crime investigation and some of the topics it covers are: 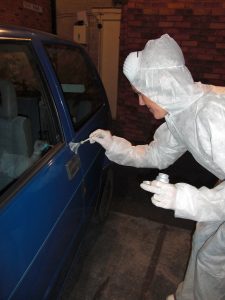 • Techniques used by CSI’s at crime scenes including fingerprinting, casting footwear marks, recovering DNA etc.
• Microscopy and how forensic scientists examine trace evidence.
• The role of anthropology and archaeology in forensics.
• Uses of Psychology and profiling in crime investigation. 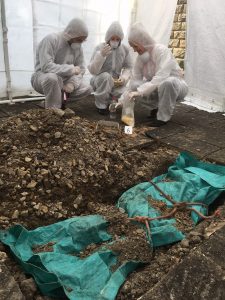 Participants will consist of a people of all ages and backgrounds. There is no limit on level of education and no prior knowledge of forensics is necessary. Applicants should be available and prepared to be involved for 3 hours per week, 10am to 1pm on Wednesday mornings, for 6 weeks from 7th November and must be able to make their own way to the venue at HD8 9DR.

Company Director Sue Procter said “This is a unique opportunity for anyone wishing to do something different. I can’t believe how lucky we are to be able to offer this free of charge to the people of Huddersfield.” “There are no requirements as to education levels in fact we would love people who don’t usually get involved in studying and education to come along, it’s really going to be great fun”

More details of the course outline can be found at https://www.thinkforensic.co.uk/festivals-and-events/wellcome-to-forensics/

or by contacting the company via hello@thinkforensic.co.uk or telephoning 01484860599.

Expressions of interest can be made by clicking here.

Think Forensic Ltd was set up in 2007 it is staffed by experts from crime investigation background including senior investigating officers, forensic scientists, CSI’s, etc. The company operates nationally but is based in Skelmanthorpe from where it runs CSI Experiences for members of the public, educational packages and corporate events around forensic science and CSI.